From passion and determination, to fantastic bosses, and the #MeToo movement, we spoke to ABC award winning journalist Leigh Sales!

Leigh Sales is one of Australia’s most hard-hitting journalists. Having interviewed the likes of Malcom Turnbull, James Comey, Hillary Clinton and Paul McCartney – just a few highlights for us – her no frills approach has led to numerous awards including the esteemed Walkley Award for Broadcast Interviewing.

But before we turn the tables on Leigh for real at at WILS 2018, we thought we’d get a little practice in with ABC’s leading journalist. We caught up with Leigh to discuss a bit about her career journey, the people that have helped her along the way, and how she deals with the heat of the studio spotlights.

You can hear more from Leigh at the opening session of this year’s WILS. We’ll be kicking off the event with an in-depth conversation so get your questions ready as we’ll be taking lots from the floor.

Hi Leigh, I wanted to start off by asking a little about your career and where it all began. What was your biggest drive and was it always journalism/writing?

My biggest drive was that I loved reading and so I always wanted to write. I loved creative writing at school. Journalism seemed to me to be a way to making a living out of writing. I have always had a secret dream to have a stab at fiction-writing though so hopefully I’ll get a chance to do that one day.

We all know how important mentors and role models are along the way, was there anyone in particular that helped you develop and grow professionally?

I think one of my first bosses, John Cameron, has been a huge influence on me. He was a real stickler for the basics – correct grammar, writing conversationally for television, being balanced in your reporting and so on. He passionately cared about the quality of the product the ABC put out. Even these days, if I say something grammatically incorrect on air or use an Americanism, I think, “I hope Cammo didn’t’ see that.”

On this note, is there anything in particular you do to help encourage and empower young women in your organisation?

I try to lead by example as much as I can – by not being aggressive or opinionated on social media, by being thorough and fair and professional in my work, by trying to demonstrate that character is more important than appearance. I try to encourage the young women AND men on my team by giving them positive feedback when they do great work.

Your field can be a pretty harsh environment at the best of times, especially when you’re constantly in the spotlight. How do you deal with/approach misogyny and criticism in general?

I think that it’s important to ignore criticism from people you don’t respect and especially from anonymous people on social media. I see a lot of people get upset about what people have said about them on social media. When it’s a stranger, writing under an anonymous handle, why care? Constructive criticism from people you respect on the other hand is useful. It’s always good to have a couple of people you trust on whom you can rely for advice or honest feedback. I’m lucky that my current boss, Justin Stevens, has amazing advice and input into my work. He also couches it in a positive way so that it doesn’t feel like criticism. I’ve also been incredibly lucky in that I don’t feel I’ve experienced a lot of misogynism in my career – certainly, the men with whom I’ve worked most closely have been incredibly supportive and always encouraged me to take on opportunities that have exceeded my experience on paper.

What’s your advice to our readers who have experienced this in their workplace?

I feel a bit of a fraud giving advice on this, as I’ve not been in that position. But my general view is don’t accept it. Call it out. These days I think a lot of workplaces are very conscious of trying to stamp out behaviour that is sexist.

Movements such as # MeToo have created a platform in which people can speak out, what’s your view on these as a medium to talk about such important issues? Do you think they have an impact on employers, and why do you think it’s it taken a # to address this at an institutional level?

I think #metoo has generally been really positive to encourage women to speak up and also to educate men as to how prevalent some of that kind of behaviour is. I think it’s been really important to helping companies realise they need to take a zero tolerance approach to sexual harassment and abuse. I think it’s also sent a clear message to sleazy men that if you harass women, you risk everything.

With this said, organisations are slowly changing their approach to gender issues. What do you think is the single most important approach an organisation can do to have a positive impact on these debates?

I think the most important thing organisations can do is to listen to their female staff and take their concerns on board. I think it’s also really important to have women visible in high-profile and senior roles. I know that a lot of young women come up to me when I’m at public events to say it means something to them to see a woman doing a job like mine. To be honest, I think there is another issue as big as what happens in the workplace and that is what happens at home. Women still carry a disproportionate amount of the load at home and when it comes to organizing a family (the “mental load” as it’s called). All men who have a partner or a family should think about their contribution on that front.

Support is so important in organisation regardless of the topic. But, as an award-winning journalist, tv broadcaster, author, podcaster, and mother of two, how do you manage and find the time and what’s your advice to other working mothers out there?

I don’t want to sound painful but I don’t procrastinate and I don’t waste time. Otherwise I can’t get done everything that I want to get done. I prioritise what is important to me and I try to say no to everything else. I try not to take time away from the children by doing things that are unimportant but that you get caught up in, like having a coffee with somebody you don’t really want to see but who has nagged you. These days, I try to just say no. 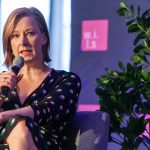 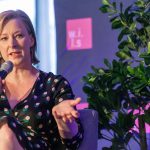 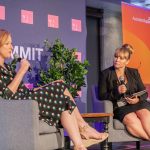 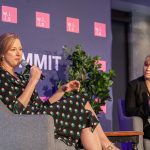 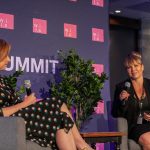 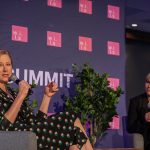 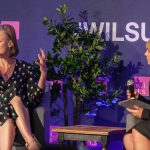 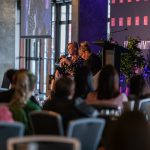 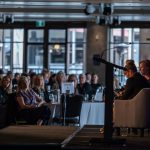 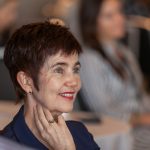 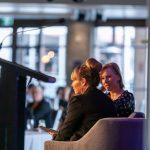 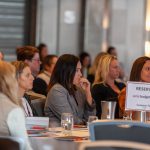 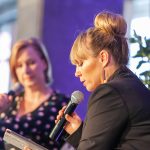 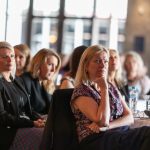 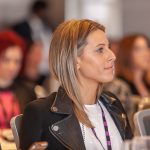 Receive our latest news and information

By signing up to our mailing list, you will receive up to date information on the latest relevant training courses, Konnect Learning scheduling information, news and offers.